This bike is what started SpoonValley Racing. Engineered with the goal to enhance the power without any setback to handling or looks. We think that we did a good job..... 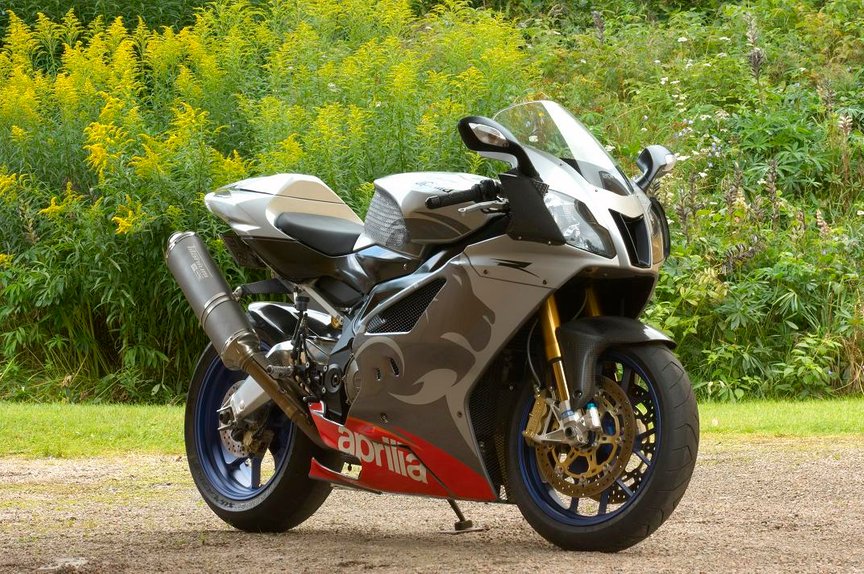 This is the bike with SpoonValley Racing's supercharger kit, can you see it..........?

It's a known fact that the Aprilia RSV1000R lacks power, the owners won't admit it, but it's the sad truth. Chassis, brakes, wheels and suspension are WSBK class but when it comes to power they are 30-35hp short of the regular inline fours. Sure you can argue that you don't need the power......but what if you want to, but don't want to lose all good things with the Aprilia. Until now there has not been any real answer to this, many has tried with exhaust, pistons, cams and so on.....but not getting the hp needed for a longer time of satisfaction.

Increasing power on a v-twin is a challenge, the moving mass is one of the things you must take in consideration when trying to get more hp, if you want to rev it more. More revs equals more power if the configuration is correct. After much search and testing we have come to the conclusion that supercharging is the way to go with twins if you really want enough power.

You keep everything stock except the comp ratio and add a moderate 0.4-0.6 bar boost, depending of bike and standard power of the engine. "Why don't use a turbocharger?" you say, well it is harder to get them to sync with both induction and the exhaust gases pulsing into the turbo. And if you do get them to sync it will be in a short period of the revrange compared to a supercharger that builds up boost as revs go up. With a turbo you always get lag, no matter what a turbo guy says, you get lag. Because the supercharger runs of the engines rpm and not the amount of exhaust it always pumps air in the same relation to any rpm at any given time. You just simply route the air into the engine or out thru the blow off valve with the twist of your wrist, very easy, and NO lag. 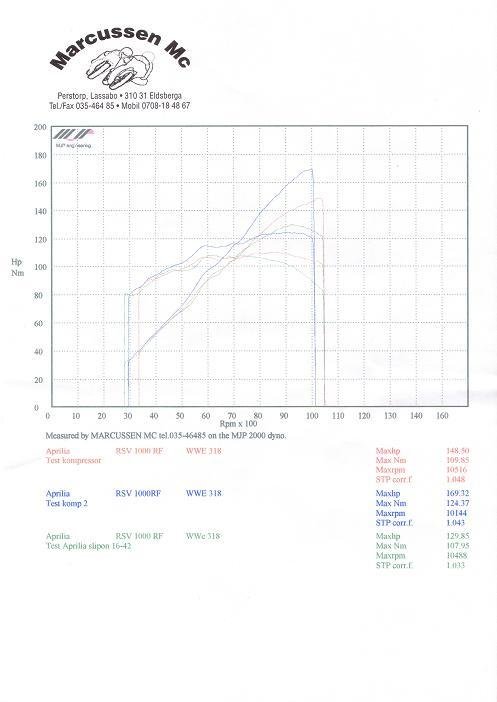